Sironko District is now 15 years as a District since it came into existence in December 2000 by an Act of Parliament.

Originally, it was made up of two Counties of Bulambuli and Budadiri. The former broke away leaving the current Sironko District with one County of Budadiri.

It has nineteen [19] rural Lower Local Government and two [2] Town Councils with 130 parishes and 1286 villages.

As evidenced by the general geological map of Uganda [Scale1:2,000,000] the geology of Sironko District is relatively complex.

Clearly both the geomorphology and hydrogeology of the district are also closely related to these different environments. 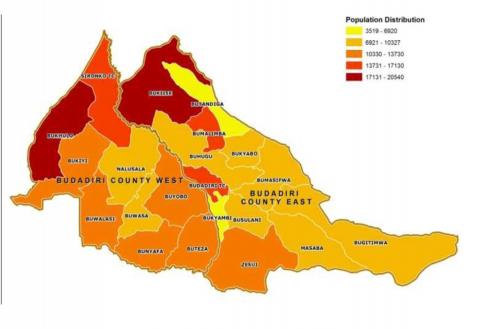